In May 2021, Golf.com released a list of the top 100 public golf courses in the United States, Canada, Mexico, Bermuda and the Carribbean, and Indiana registered three courses on the list! Below you’ll find the Indiana courses that made the list along with what Golf.com had to say about them.

A distinguished group of 97 panelists was tasked with creating the top 100 list from a group of 489 nominees.

No. 85 Pfau Course at Indiana University – Bloomington, IN 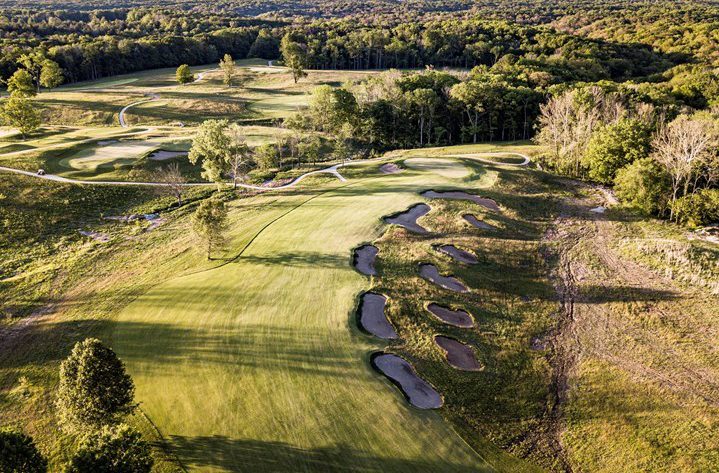 One of the newest courses in the top 100, the Pfau Course at Indiana University was designed by Steve Smyers and opened in 2020. Here is what Golf.com had to say about it:

“A bright spot for Midwest golfers last year came in the form of this course opening on IU’s Bloomington campus. Rave reviews quickly followed for a design that features tree-lined fairways on the more secluded front side and a wide-open feel on the back. Named for a major donor to the project, the course can extend to a meaty 7,908 yards (leave that for the college team!), but every green, save the 18th , accepts run-up shots. There are nearly 150 bunkers — the sharp dogleg-right 14th, the shortest par-4 on the course, has 10 alone on the right side of fairway — but architect Steve Smyers gives you a respite on the sand-free par-4 5th and 6th. Max fee: $95″

No. 70 Warren Course at Notre Dame – Notre Dame, IN 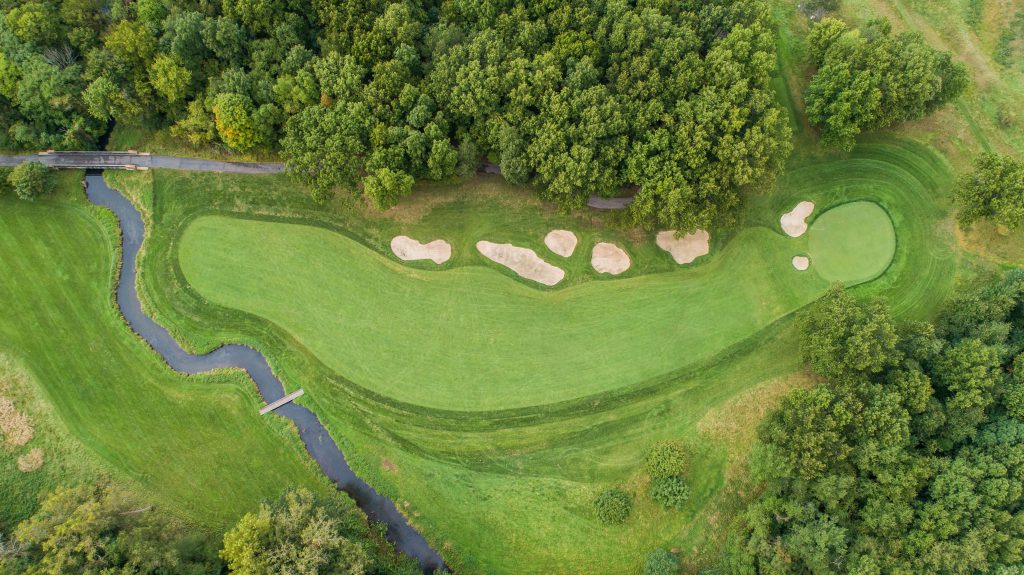 Opened in 2000, the Warren Course at Notre Dame was designed by Bill Coore and Ben Crenshaw. Here is what Golf.com had to say about it:

“Notre Dame didn’t always have a golf course that represented the institution’s lofty ideals. It does now after William Warren paved the way for Coore & Crenshaw to build this new course in 1999. Two superlative examples of flat land architecture are found at the 9th and 13th holes. At the 185-yard 9th, a bunker 20 yards short of green fools players into coming up short. Another great bunkering scheme is on the 433-yard 13th, where the fairway breaks sharply left around a pair of bunkers 60 yards shy of the green. The finishing holes descend into more wooded, tumbling land, including the picturesque 16th where you hit over Juday Creek. The course’s many merits were on display at the 2019 U.S. Senior Open. Max fee: $70″ 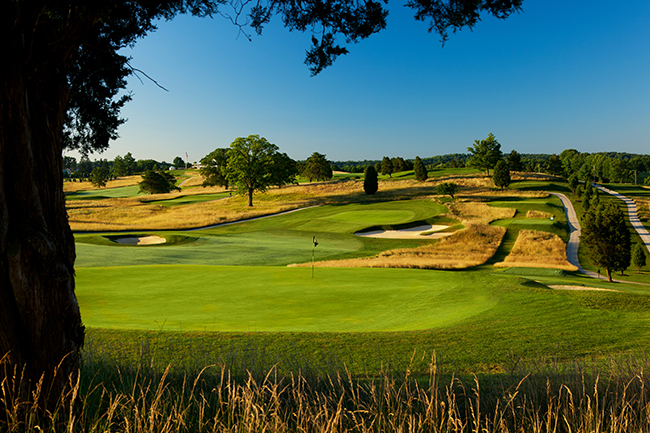 Designed by Donald Ross and built in 1917, the Donald Ross Course at French Lick has stood the test of time! See an aerial tour of the course below. Here is what Golf.com had to say about it:

“To say that both the property and the greens are rolling is an understatement! Whatever preconceived notions you might have about Donald Ross greens, they will be blown out of the water with one tour around this 1917 design, which was deemed such a good test that it quickly hosted the 1924 PGA Championship. The 8th green, with its six feet of fall from back to front, gets most of the attention, but a green like 17 that drops more than three feet from its high right plateau to a lower left tier is just as astonishing. Three of the par-3s measure 240, 250 and 250 yards and may well constitute Ross’s most bruising collection of one-shotters.”